About | The White Vault Podcast
A new horror audio drama podcast, out now! Explore the far reaches of the world’s horror. Follow the collected records of a repair team sent to a remote arctic outpost and unravel what lies waiting in the ice below.
podcast, the white vault, horror, white vault
13
page-template-default,page,page-id-13,ajax_fade,page_not_loaded,,qode_grid_1300,qode-content-sidebar-responsive,columns-3,qode-child-theme-ver-1.0.0,qode-theme-ver-13.1.2,qode-theme-bridge,wpb-js-composer js-comp-ver-5.4.5,vc_responsive

Fool and Scholar Productions is the creative team of producer Travis Vengroff and writer K. A. Statz. Together they create works of audio fiction spanning genres from horror, to science fiction, and more. They have been creating audio drama podcasts and audio entertainment since 2014. 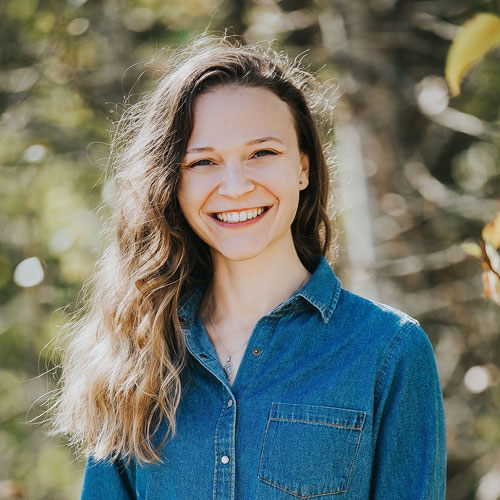 Kaitlin Statz is the writer and creator of the White Vault. She has a BA in Anthropology from New College of Florida and a Masters in Archaeological Sciences from the University of Oxford. Her interest in history and lore stems from a place of cultural and scientific understanding. She is also an artist with a love of supernatural fiction, cartography, and archaeological illustration. She lives in Portland, Oregon with her husband and their rescue dog, Eezo.

Travis Vengroff is the producer of the White Vault. With a strong tendency toward creativity, Travis attended the New York Film Academy, the Allegro Music Academy, and the Art Institute of Pittsburgh with bachelor’s degrees from the Universities of South Florida & Miskatonic. He has over 8 studio albums of audio editing experience and has toured the US and Europe as the frontman of Orlando’s #1 rock band. He’s also a video game voice actor, the manager of the most diverse comic book publisher in the world, and a regular contributor for the Russian magazine Mir Fantastiki. Travis lives in Portland, Oregon with his wife and their rescue dog, Eezo. 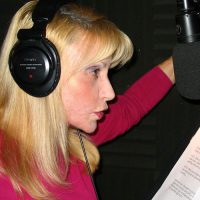 Lani Minella is a renown voice actress who has voiced over 500 video game titles, anime shows, cartoons, television shows, radio commercials, phone systems, audio books, car navigational systems, toys, and much more. She is best known for voicing Nancy Drew, Luke (Professor Layton), Wert and Adria (Diablo), Ivy (Soulcalibur), and Rouge the Bat (Sonic the Hedgehog). She can also be heard at Legoland and various Disney rides! Lani’s unique 4-octave range and finely-honed mimicry skills give her unparalleled vocal mastery. When not providing voices for Bethesda, Blizzard, or the dozens of projects she’s a part of, she can be found teaching vocal techniques, gardening, and spending time with her family of rescue pets. 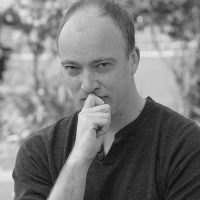 David Ault was first introduced to audio dramas though the Hitchhiker’s Guide to the Galaxy radio series, which he memorized as a child. Many years later, whilst looking for Time Lord-based audio drama he came across audio groups online and decided to try voice acting. In the fifteen years that have followed he’s played God, the Devil, and just about everything in between. David has degrees in maths and astrophysics and is known as a storyteller, actor, science festival organizer, math, and science tutor, and an astronomy talker for hire. David’s love for ghost stories helped him discover and subsequently become a part of the NoSleep podcast, and in 2013 he won the inaugural Best Actor award at the Audioverse Awards for his role as Byron in The Byron Chronicles. David was also the lead in Colonial Radio Theatre’s presentations of Moonfleet and War of the Worlds. He co-hosts the Sonic Society, a weekly showcase of new audio drama, and can now be found on Audible narrating the works of Idries Shah. He lives in North Yorkshire with his husband, and can still quote the Hitch-hiker’s Guide.

Peter Joseph Lewis is a voice actor and probable murder suspect who has gained infamy through his work on the NoSleep horror Podcast. When not portraying vicious monsters or serial killers with cannibalistic tendencies, he spends his time in a cabin deep somewhere near a Small Town just plotting, writing his own works of horror. Though none can be certain of his exact location, it’s believed that he lives near a desolate mountain pass littered with unmarked graves. 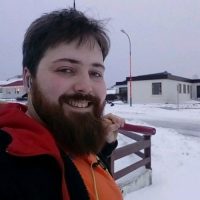 Eyþór Viðarsson is a native-born Icelander from the island Vestmannaeyjar, just off the south coast of Iceland. After moving to the capital for higher education, he quickly discovered his love for podcasts, audio plays, and the art voice acting. After reading for a couple of background voices in the Liberty: Critical Research podcast, he was approached by the directors and given a main voice in their new horror audio drama, The White Vault. Eyþór has won awards for his performance as Jónas Þórirsson and is recognized as Iceland’s most famous voice actor. 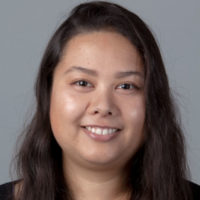 Kessi Riliniki is a visual artist, voice actor, and caretaker of bunny rabbits from Germany. It was in the beautiful countryside that Kessi developed a certain toughness of character that can only be found in the old Grimm fairy tales. On long hikes in the woods and mountains Kessi discovered a love for art and began listening to podcasts on these journeys. Since then, Kessi has created the cover artwork for the White Vault, in addition to other shows, including Small Town Horror, Aural Tradition, A Scottish Podcast, and Station Blue, to name a few. Kessi is a moderator of the Audio Drama Hub facebook group and began voice acting with the premiere of The White Vault. Kessi is the writer, creator, and lead voice actor on the fantasy epic – Counterbalance. She lives in Northrhine Westfalia with a small pack of internet famous bunny rabbits.

Hem Cleveland is a proud Iceland-based nerd who spends her nights playing RPG’s and recording them for the podcast – The Lucky Die or Dark Dice. As a Game Master she creates improvised story while simultaneously voicing every non-player character in their world. While Hem can also be found in a number of other roleplaying podcasts and Twitch games, she is also a voice actress with numerous books on tape and podcasts to her name. She enjoys puns, eggspecially egg puns, and lives in Vestmannaeyjar. 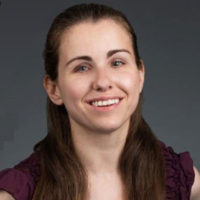 Tanja Milojevic is a Serbia-American voice actress and one of the early adapters to the modern audio drama movement. She has brought many characters to life on dozens of shows including NoSleep, Organism, Ancestry, You Are Here, What’s The Frequency, Greater Boston, Edict Zero, Pulp-Pourri Theatre, A Scottish Podcast, LightningBolt Theater of the Mind, and The White Vault. Tanja lives in Boston with her friend and service dog Nabu. 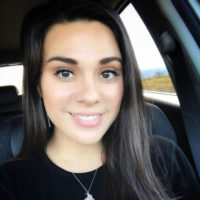 Diane is a multi media journalist and producer for the NBC-affiliated news station in Billings, Montana, KULR-8. Originally from Houston, she was born to two Colombian immigrant parents who came to the United States make their American dream a reality. Diane serves on the board of the Yellowstone Wildlife Sanctuary, and is a fierce advocate of their mission of conservation through education. She also works as a Court Appointed Special Advocate for foster children in Yellowstone County. While she is fairly new to the voice-acting world, she has always had a distinctive voice. When she’s not working on one of a half-dozen projects, she can be found at home with her fiancé, her pup Frida, her cats Purrcy and Piye, and beautiful ball python, Montae. 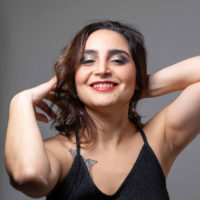 Carla García has been working as a professional voice actress for almost 9 years. Ever since she was a child, Carla always wanted to be a voice actress. She followed her heart, dedicating her life to the craft, eventually becoming the personality and DJ of a local radio program. Over time Carla’s voice has been featured on many different regional radio stations in Chile and she has recently begun to expand into a musical career as a singer. She lives in Sanitago, Chile. 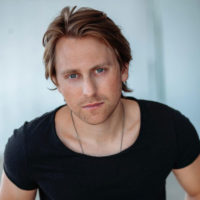 Eric Nelsen is the youngest Emmy award-winning producer in history and is best known for his multiple Emmy award-winning drama, The Bay. He also won the 2018 Emmy Award for Best Supporting Actor and has been featured on A Walk Among The Tombstones, Nightmare Cinema, Swing Low, The Affair, and as AJ Chandler in the Hulu revival of All My Children. He has also been a leading role on Broadway in 13 The Musical, and The Good Mother. He lives in the US with his wife and their daughter. 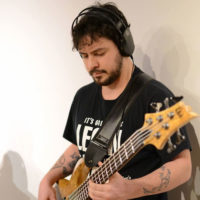 Danilo Battistini started university studying Game Design in Brazil, until he discover the Musical Production course and found his calling. Since he was nineteen years old Danillo has worked professionally with audio, in music studios, TV/Film studios, and voice acting. He decided to produce audio dramas on his second graduation in University and has been doing that for “Contador de Histórias” (his Brazilian audio drama podcast) for 4 years and counting! He lives in Brazil. 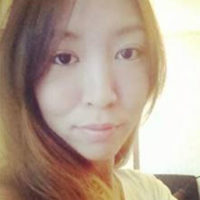 Sophie Yang lives in Taiwan. She enjoys listening to podcasts whenever she can, loves horror, and anything at all that has a good story. Aside from her interests, she is also a full-time teacher, professional translator and interpreter, and can often be seen with headphones on – wandering around and listening to the world. She’s currently working on her PhD dissertation, focusing on if different speaking speed can influence student interpreters’ performance. She lives with her partner Zach in sunny Taichung, where there are so many delicious foods! 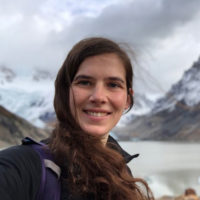 Alli Smalley is a writer and voice actress with a passion for character-driven stories. As a child, she discovered a knack for entertaining (and occasionally annoying) her friends and family by reading the Harry Potter books aloud. Ever since, she’s been fascinated by voice acting and all manner of audio stories. After studying Psychology and Spanish at Duke, she completed UCLA’s professional program in screenwriting before moving to Argentina, where she worked as a writer on sci-fi RPG Element: Space (and its Tinder-inspired parody Element: Date!). Now she’s a writer at PowerToFly and lives in the US.

L. Jeffrey Moore is an actor and filmmaker who lives in Berkeley California. He came into podcasting via the hit series ars Paradoxica where he played Lou Gaines. He’s been on a number of other hit podcasts such as The Far Meridian, Star Tripper, and Making Movies is Hard. He is currently the creator and host of his own show, Lj Presents. Jeff got into creating as a young boy when his father took him to see Richard Donner’s “Superman.” That movie changed his life and his love for creating started at that moment. He received his BFA in theater from NCA & TSU and studied briefly at the prestigious American Conservatory Theater in San Francisco, CA. When Jeff is not leaping tall buildings and saving cats from trees, he and his 10 year old son Banneker spend their time studying the ways of the Force.

Brandon Strader is an accomplished musician and composer/arranger from West Virginia. Strader is an active member of numerous online communities such as Dwelling of Duels and The Materia Collective, with over a dozen highly regarded albums to his name. When not mixing audio for VAST Horizon, The White Vault, Liberty, or any number of music projects, he’s cooking, playing video games, or on adventures with his wife.

The White Vault would not be possible without our Supporters on Patreon.